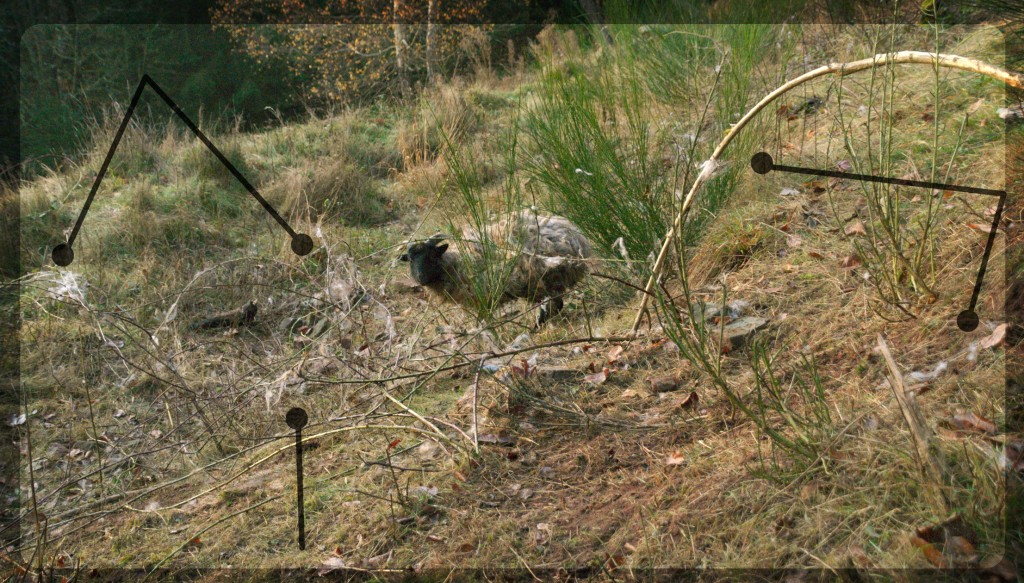 I had to rescue three young sheep this morning trapped in brambles, an ever present hazard here. This one took around 20 minutes to free as I had no tools with me to cut away the thick bramble stalks. The wool had become tangled and wrapped around the stalks and the young sheep was literally hanging from vegetation on the steep hillside. Note the tufts of wool everywhere, it must have struggled all night. I found two more young sheep  elsewhere caught in brambles, they seem to like eating them, which could account how they become trapped.

Meanwhile another young sheep that had been hanging around came to inspect the damage and seeing its mate freed called it to join him but was duly ignored. The young sheep seemed more interested in eating, no doubt not having eaten for sometime. So the other wandered back to the flock, satisfied I imagine that all was OK now.

I discover on the way back to its flock the young brown sheep became trapped on the corrugated roof of a small shack,  caught up in a cable, but once freed it too joined the rest. The flock finally together again, minus the first one I freed, which seems to have taken umbrage with its family. So that makes four rescued in one day. I just hope the flock has learned from that experience and stick to the grassy pastures in future.

Designer, artist & photographer. Based in the Black Forest in Germany at an altitude of 730m, I photograph the surrounding forest landscape, flora and wildlife adding photos whenever I find something interesting to post. View all posts by Jan Fe

One thought on “Freed!”